CEO Connection is about relationships and access. With more than 17,000 CEOs in our community, CEOC functions as a proactive peer network where the connections are made for you.

We deliver customized and personalized value to you in order to maximize the return on your investment, while minimizing the amount of your time required. We level the playing field for mid-market CEOs and companies.

It is no longer about who you know.  It is about who we know and who our members know, which we then put to work to help you.  It is about Mid-Market CEOs helping each other and changing the world!

CEO Connection is the only membership organization in the world focused exclusively on mid-market CEOs and their companies.  Our mission is to help mid-market CEOs and their companies succeed. We accomplish this by connecting them with each other; connecting them with the people, information, resources and opportunities to which they would otherwise not have access; and representing the interests, and perspectives of the mid-market.

There is Strength in Numbers

CEOC develops programs and benefits that we can do better collectively than you can do on your own.

Everything we do is based on three principles:

Enlightened self-interest: when you help someone else you wind up helping yourself too.

Tangible results: networking and events are a means to an end, not an end unto themselves. You should be able to find whatever you need through the community. The events are just one channel of distribution.

It is all about relationships: We would rather you be in a room with five CEOs getting to know each other than in a room with 500 CEOs listening to a speaker. It is no longer about who you know.  It is now about who we know and who our members know. There is no selling allowed.

We wrap it all around the concept of Mid-Market CEOs helping each other and changing the world.

Founded by CEOs, for CEOs

Kenneth Beck and George Bradt created CEO Connection to facilitate peer relationships among mid-market CEOs. Both men understood the challenges that come with leadership and, throughout their careers, valued the advice they received from their counterparts. They were not alone. Fellow C-level Wharton alumni also recognized the value of a strong professional network built on peer interaction.

After doing some research, George and Kenneth discovered that 40% of new CEOs fail in their first 18 months. The reason: It is lonely at the top. They had no one with whom they could talk. Then they discovered that there are a myriad of organizations out there for small business CEOs, a few for the Fortune 500, but there were none for companies in the middle. They learned that mid-market companies account for $10 trillion of the $30 trillion of annual gross receipts in the United States, and for 30 million jobs. So they decided to launch an organization dedicated to helping mid-market CEOs and their companies succeed.

In May 2005, Kenneth and George held the first CEO Boot Camp. The day-long program, with its stimulating discussions and debates, created many relationships and laid the groundwork for the CEO Connection membership organization. Today, CEO Connection is a dynamic, rapidly growing network of top mid-market leaders who represent a wide variety of industries, geographic locations, and ownership structures. 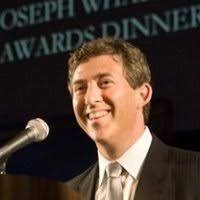 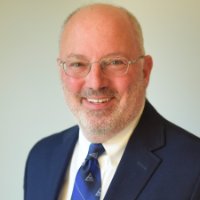