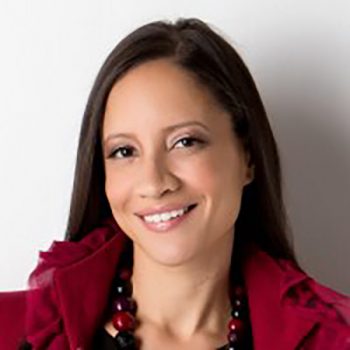 It is rare that one truly thinks about how sweet success can smell, but Anne Sempowski Ward does. As CEO of CURiO, artisans and curators of premium bath, body and home fragrance, Ward has successfully transitioned the company to a new generation of leadership. In five years as CEO, she has led the company through a highly successful investor transition and doubled the company’s size and profit through organic growth and a major acquisition.

Ward’s career started as a mechanical engineer with Procter & Gamble, then jumped to strategy and brand management. At P&G and Coca-Cola, she worked on major brands and initiatives, earning a reputation for innovation and an intrapreneurial approach. A significant portion of her passion and career at both companies was also focused on authentically speaking to multicultural consumers and communities. She also performed turnarounds at Fashion Fair Cosmetics and Johnson Publishing (home of Ebony and Jet magazines} before striking out on her own as a consultant in search of family and professional balance. As an experienced CEO who has spent more than two decades in major corporations, mid-sized companies and as an entrepreneur, Ward specializes in leading people, brands, and organizations through all stages and transitions but particularly phases of major change and unprecedented growth.

Ward’s achievements have been written about in numerous magazines and The Go-Getter Girl’s Guide: Get What You Want in Work and Life. She has been a frequent speaker to professional groups and has appeared on television shows and networks such as The Steve Harvey Show, The Balancing Act, and HSN. She is also a personal mentor to many individuals and has always had a special interest in helping women and minorities be successful in their careers and life. A Duke University alumna, Ward has been very active and currently chairs an alumni board at Duke’s Fuqua School of Business.

A native of Detroit, Ward currently resides in Minneapolis with her son and enjoys traveling and music.