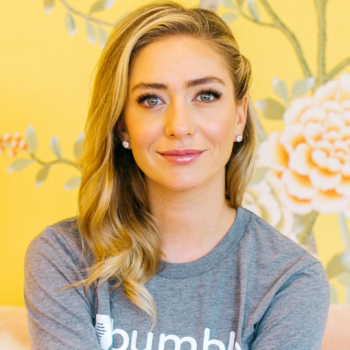 In 2018, Whitney was named to TIME Magazine’s 100 Most Influential People, Forbes 30 Under 30 list, the Bloomberg 50, and InStyle’s 50 Women Who Are Changing the World. She was recently on the cover of Fast Company, Forbes, and WIRED magazines. In less than five years, her vision has led to Bumble’s growth of over 65 million users worldwide in 150 countries.