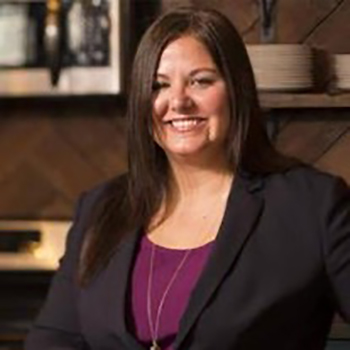 Laura Rea Dickey currently serves as Chief Executive Officer of Dickey’s Barbecue Restaurants, Inc. Dickey has been with the brand since 2009 and most recently served as Chief Information Officer before transitioning to CEO in 2017. Dickey has worked in the marketing and information technology fields for over 20 years, and has led the marketing, IT and training teams at Dickey’s Barbecue Restaurants, Inc. during her time there.

Dickey was named to the 2019 Nations Restaurant News Power list. She has been named among Fast Casual Magazine’s Top 25 Mover and Shakers executive list for the past four years. Dickey was recognized by The Dallas Business Journal as a top Woman in Technology award recipient in 2015. Dickey was also named to D Magazine’s Top 500 CEO’s list for 2019. Dickey received the Lifetime Achievement Award from Hospitality Technology in 2019 for her work utilizing Amazon’s voice technology in restaurant operations in partnership with IOLAP. A full list of awards is available to view at dickeys.com/media/awards. Dickey serves on the board of the non-profit, The Dickey Foundation that supports first responders and their families.
After graduating from Texas Christian University, Dickey went on to work at agencies such as Murray Brown Creative Group, The Richards Group and The Point Group. Through her years of agency experience, Dickey worked with brands such as W Hotels, American Heart Association, Blue Mesa, La Madeline and Chick-Fil-A. Dickey also lead marketing for the Student Housing portfolio for Fairfield Development. Dickey’s specialty is the intersection of technology and marketing, turning data insights into brand and business solutions.

In her time as CEO, Dickey has continued the brands expansion and overseen the development of the first international locations with restaurants in the UAE, specifically Abu Dabi and Dubai. Dickey also helped pioneer the third-party delivery program for the brand, contributing to positive same stores sales in all digital channels for the past three years. Under Dickey’s leadership, the brand also launched its first major menu addition in four years debuting six new signature sauces and adding pit-smoked chicken wings to the core menu in 2019. As CIO, Dickey implemented a new technology infrastructure for the brand bringing parity and integration to data reporting, information security and all digital sales channels. Dickey developed a proprietary data platform in 2015, called Smoke Stack which was profiled for its innovation by Forbes and the Wall Street Journal. Dickey also lead the in-house development of several proprietary technology projects including a new Point-Of-Sale System, Online Ordering system, Loyalty Program, Consumer APP, CRM platform and Inventory Management system.