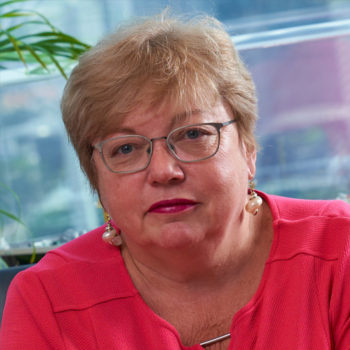 Gina is Scottish and graduated from the University of Edinburgh in Biomedical Sciences. The early part of her working life was with Exxon in both the UK and the international HQ in Belgium, before founding what is now the global petrochemical trading company Integra Petrochemicals Pte Ltd in 1989.

Over the years, Gina and her husband have added real estate and construction companies and an Asian based shipping company-with 15 ships to the portfolio. Concerned about food and water availability, has led Gina into shrimp farming and a few soft commodity projects.

She was the president of the board of governors of the German European School in Singapore for several years during which time she headed up a team to design, fund and build a new school campus for 2000 children which will open summer 2018.