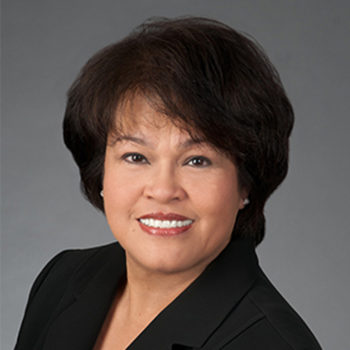 Dr. Saunders has more than 40 years of hospital administrative and clinical experience. Prior to her return to Georgia, she was the President and COO of Virtua Health, the largest health system in southern New Jersey, which operates four hospitals, two rehabilitation centers, senior services, home care, ambulatory and outpatient services. Prior to joining Virtua, she served on the Governor’s Georgia Cancer Coalition, which was created by Governor Roy Barnes to develop regional centers of excellence for cancer prevention, detection, treatment and research using funds from the tobacco settlement. Previously, Dr. Saunders served as chief operating officer for the Dekalb Medical Center in Decatur, GA. For the preceding 13 years, Dr. Saunders served as director of nursing resources for Emory University Hospital in Atlanta, GA. From 1974-1980, she held various roles at St. Barnabas in Livingston, NJ, including assistant vice president of nursing, director of critical care, in-service instructor and assistant head nurse. She started her career as a staff nurse in the intensive care unit of Riley Memorial Hospital in Meridian, MS.

Among Becker’s Hospital Review “130 Women Hospital and Health System Leaders to Know” for the third consecutive year, Saunders has been honored by the Georgia Diversity Council as one of Georgia’s “Most Powerful & Influential Women.” A Fellow of ACHE, Saunders serves on the board of directors for the American Hospital Association as the Vice Chair of the Institute for Diversity. She has also served on the board of the American Heart Association. The 2014 Georgia Alliance of Community Hospitals CEO of the Year, Saunders has also been included as one of Georgia Trend’s “100 Most Influential Georgians” and was named The (Macon) Telegraph’s 2014 “Person of the Year.” She currently serves as an Executive with the Fierce Healthcare CEO Advisory Board and as a frequent expert for Becker’s Hospital Review and Healthcare Leaders national media roundtables.